In Praise of the Sketchbook 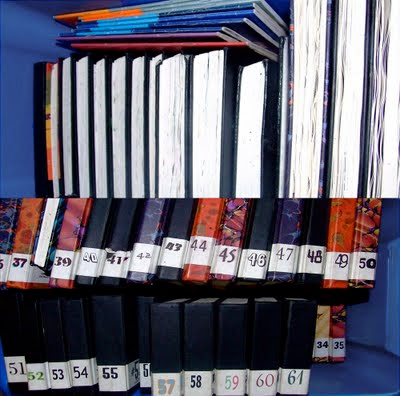 The cloud drawing in the last post is not there because I thought it so great that I must share it - it’s there because that was what I happened to draw at that moment watching those clouds. It’s a sequence of scribbles, almost doodles based only on shapes I could see. But even as I’m looking and drawing, there’s a kind of editing and selecting going on. Decisions to slightly emphasise that particular curve, to perhaps omit that piece of ragged vapour or stretch this bit to make it more elegant and proportionally pleasing. Whenever we’re looking we’re also filtering and editing. In a way the drawing itself is merely the receipt of that mental transaction.

In the days when I was a student at Camberwell the venerable old school regarded itself as the last proper ‘drawing’ college. Ie. it still placed a premium on drawing from observation when other schools were adopting a freer, more laissez-faire approach. Art teaching seemed to be having a crisis at that point. No-one seemed to know what they were supposed to teach or indeed whether art could actually be taught at all.

But at Camberwell, the traditionalists were still just about clinging on. In the old Wilson Road annexe the ancient charcoal and graphite stained floorboards would creak under the weight of life-size plaster statues. To be honest by this time most of them were pushed into corners under cobwebbed dustsheets and I don’t remember drawing from them myself but we were required to be in the life-room at least once a week and to carry sketchbooks at all times. Coming from my background of comics and ‘imaginative’ drawing it took a while to get used to this new regimen. But oh, what a marvellous discipline it proved to be.

Sketchbooks are totally addictive and even now I’m never without one. I’ve amassed hundreds of them. Large under-the-arm ones; tiny pocket-sized ones. A small ‘Moleskine’ always in the car. An old ‘Silvine’ pad by the telly. I have ‘lucky’ ones and favourite ones. Some of them for observing; some for inventing; most a mixture of the two. They also function as unofficial diaries. Most pages take me back so precisely to where and when I was as I made the drawing.... priceless to me. 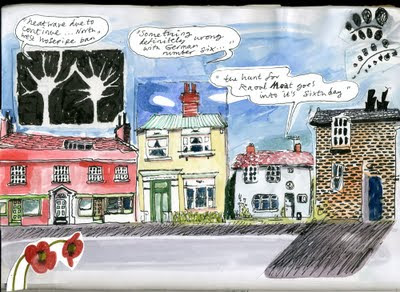 In truth I probably enjoy prying into most artists’ sketchbooks more than their finished work. The finished piece is the final polished performance if you like, but the sketchbooks take you behind the scenes, let you peek into the rehearsal room as ideas develop, thought processes begin to ravel. Mistakes, wrong turnings, naivety. All fascinating stuff because it’s a place you’re not really supposed to see.

Like a diary, a ‘proper’ sketchbook ought to be a private, secluded place to try things and to fail. To record fleeting errant thoughts and notions that may grow into something substantial or just as likely remain as stunted, feeble seedlings that deserve to be thinned away. 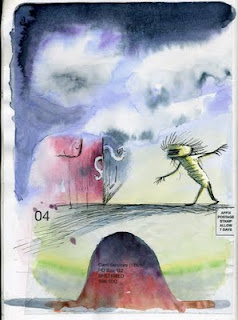 The only downside is that when you have amassed too many they are pretty much useless as a reference archive. Last week I went rooting through looking for a drawing, a study, of rain and puddles that I KNEW I’d made in the past few years. After an hour I just gave up. Flicking quickly through hundreds of images induces a sort of car-sick type nausea.

And talking of the good old days here’s a couple of shots of my student self enjoying a hearty breakfast (tea and Bensons by the look of things) and here’s a record that never seemed to be not playing on the student bar jukebox during my first year....