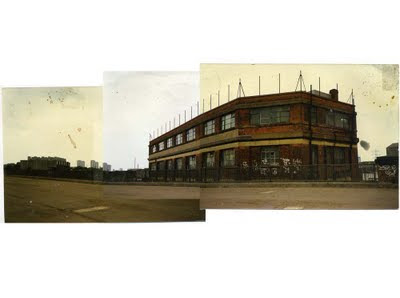 I’ve mentioned Iain Sinclair on here before I think. He’s a fine writer and his painstaking documentation of the complex layers and strands of London history and culture is something of great interest to me. The parts of London he most often writes about are the parts where I have my roots. The places I came from and frequently return to. I have a slightly uneasy love/hate relationship with the capital and it’s something that crops up in my work now and then if you look out for it.

Sinclair's latest book - Ghost Milk : Calling Time on the Grand Project - focuses on the River Lea Valley and the 2012 Olympic site. A " scorching 400 page diatribe...a literary polemic, full of dazzling phrases and angry denunciation". The site of the Olympic project is a place I knew very well. Marshgate Lane, Pudding Mill Lane, The Promenade and the toxic canals that dissected them. This is where I once rode my bike and climbed along the sewage pipes just as my father had done years before me. As an adult I frequently went back just to walk and draw and take photographs. It was perhaps the last real inner city wilderness and it was a place I felt very close to. Now it has been literally ring-fenced as the old fabric is swept away to make room for the shining gewgaw of the 2012 Olympic Games.

I could go on at length but better to read Sinclair.

"We are all suckling on this new chemical, this ghost milk, this substance that buffers between the old dream of London that I have and the computer generated, perfected, hard edged dream where nothing is what it looks like". 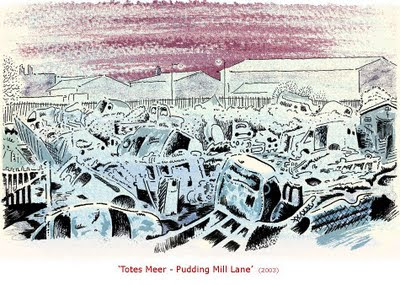