Alone In A Cloud 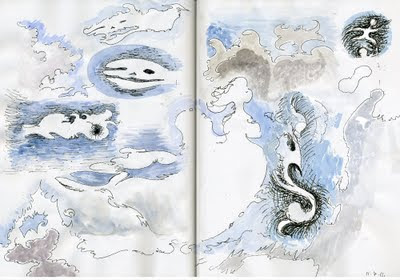 I’m a big fan of clouds. Very cheap entertainment. Going about my business in the yard today I couldn’t help but admire the huge banked up cumulus bee-ships unfurling and rolling out from horizon to horizon. Dark white and light black. East Anglia is good for skies they say. It’s known for the breadth and depth of them and the luminescent light that diffuses from them. 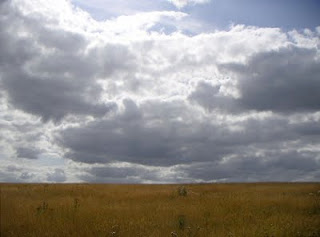 I suppose the most famous painter from this region is John Constable. Known for biscuit tins and calendars nowadays, in his time he was actually a bit of a revolutionary. He looked long and hard at nature, didn’t make any assumptions about what it was - he just looked until he saw. Skies and clouds were among his specialities. He was quite a student of them. 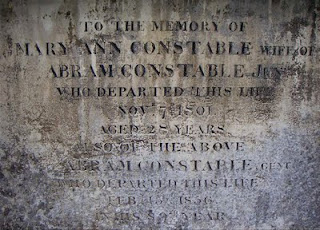 This marks the grave of two of the Constable family. John himself isn’t here but this is where he grew up - it was the place he came from. I think this is the grave of his aunt and uncle. It’s in a wonderfully tranquil little churchyard to be found after a gently undulating walk across a couple of meadows and through a herd of softly lowing cattle. The grave of John Nash is also here, war artist and brother of Paul Nash. There are worse places to end up.


For fellow lovers of Clouds: The Cloud Appreciation Society;
A Day With John Constable on Hampstead Heath (thanks Jeremy).
Posted by A. at Monday, July 11, 2011