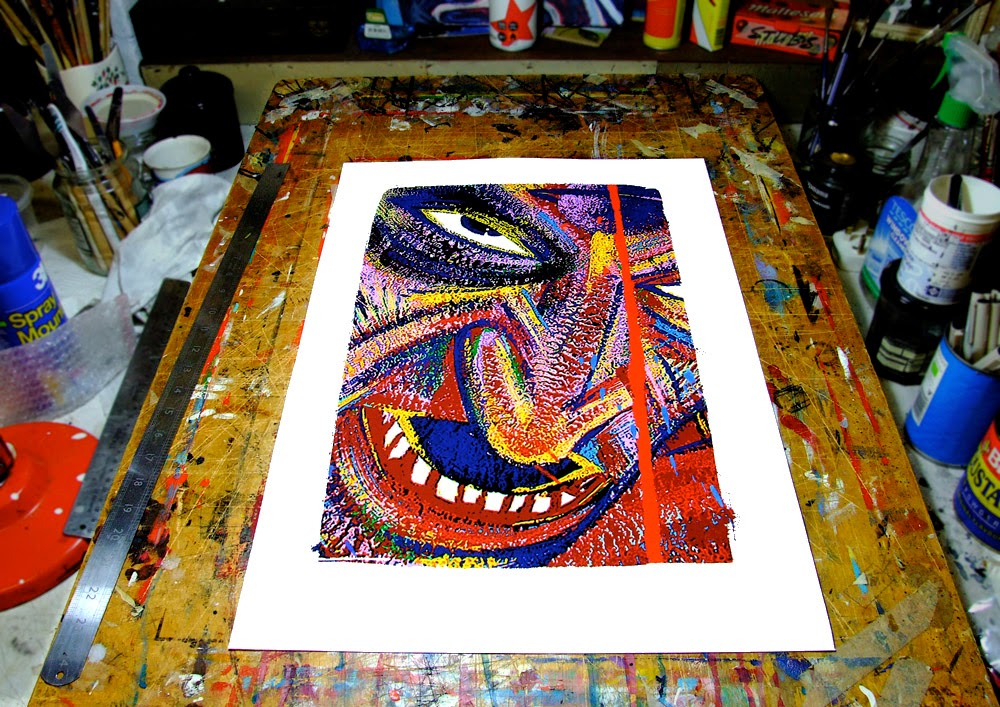 The hawk-eyed among you will recognise this as a re-working/edit of the old painting 'Hell is Heavenly'. I think this new version makes an even more powerful statement. It's available in a limited edition of 100 at the print shop over at my website.
Posted by A. at Thursday, May 29, 2014 3 comments: 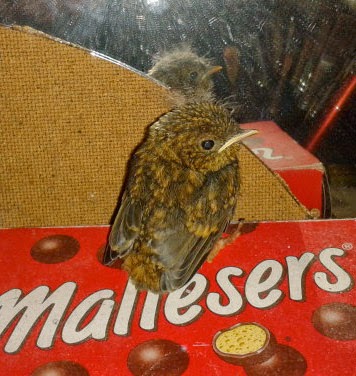 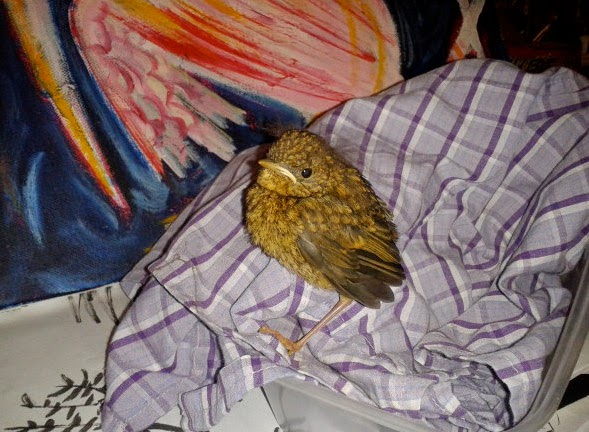 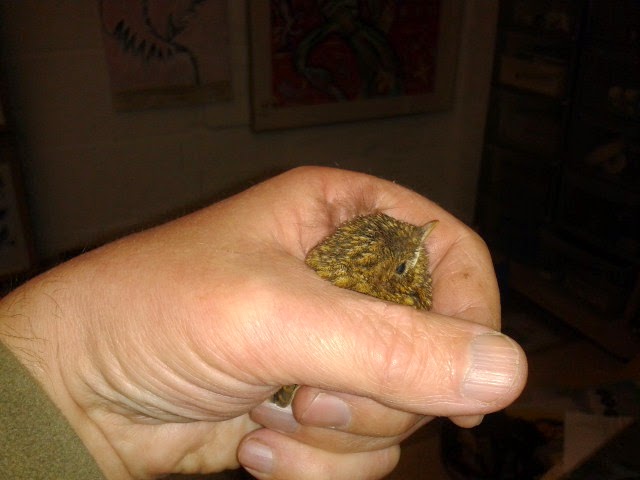 My favourite time of the year. The hedgerows are alive with the sound of proper tweeting. Not only are the family of Swallows (see Windowsill Bay passim) back in residence and chattering away to each other every evening but I seem to have had my deskspace colonised by these thumb-sized tweeters. Baby Robins taking their first tentative steps away from the nest. Don't worry, they're not orphans just curious to find out what I'm up to. I shepherded them together and back to the shrubbery where I know the nest usually is. 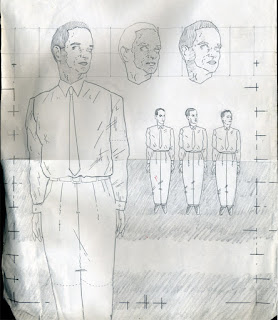 So Kraftwerk are back. Well, reformed for a series of showcase concerts at the Tate Modern. I haven't been given a ticket but they were once the subject of an important illustration I made many years ago - well, more important for me than them probably - my first full colour front cover. I would be disingenuous to say I don't keep my old work - much of it still lays a-moldering and gently foxing in a suitcase and various old portfolios in the loft - but I have a healthy disinclination to look at much of it. So it was a surprise when Detective Inspector DJ Food contacted me to say he'd found an old Record Mirror cover and thought it might be one of mine. Old pieces of work always prompt a mix of feelings - pleasure at seeing something long forgotten, but often tempered with slight embarrassment at noticing all the flaws and seeing how you would have done it so differently. But you can't re-write history, so here it is... http://www.djfood.org/djfood/kraftweek-5-by-andy-dog
Posted by A. at Wednesday, February 13, 2013 3 comments: 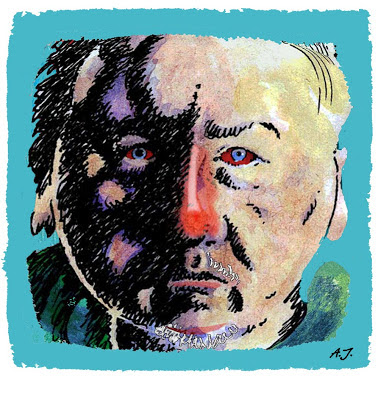 One of the side effects of steroid treatment can be weight gain/water retention. I’ve put on over two stone in the last few months. Mainly around my stomach which feels like I’m wearing an inflatable corset most of the day. But also around my face and my jowels which is now quite moonlike. Sometimes known as ‘Cushing Syndrome’ (though I can’t see why as Peter Cushing had a rather slender, high cheekboned visage) and also the Hilary Mantel effect. But they say that it will all drop off when the medication ends so nothing but a temporary irritation. I have been determined not to let this blog slide into one of those 'woe-is-me' medical diaries but the titular link between the two subjects here seemed hard to resist...

You may (or may not) be aware that my Father has recently published a book of reminiscences about his early days as a publican in the London in the 1960’s. ( http://www.amazon.co.uk/Tales-Two-Puddings-Stratford-Londons/dp/0957209002 ):


It’s an interesting and amusing nostalgic romp through a period that will never be seen again. It’s not so much about us as a family as about the various customers and characters that came and went in an otherwise poor and unprepossessing part of London that until this summer’s Olympic Festival, most people only knew as somewhere they drove through on their way to a destination a bit grander (Chigwell perhaps).

The book is set in a time when I was just a small boy but it has dislodged many memories that have floated to the surface. The pub used to have bands playing on a regular basis. Some reasonably well known, many others were ‘cover’ groups who would do versions of current hits. If they were playing on consecutive nights they would leave their gear set up and I would love to tip-toe down in the afternoons, turn the switches on and the volume low (-ish) and strum my fingers across the guitar strings. These glossy brightly lacquered intruments seemed to possess their own built in glamour ("Sunburst Finish" anyone?).


One day I came home from school and as I was trudging up the three flights of stairs to our living quarters dragging my duffel bag behind me I became aware of loud music coming from the first floor dancehall (known as 'the Devil's Kitchen' on account of the lurid fluorescent paintings of monsters all over the walls). “Go and have a look, but don’t disturb them” said my Mum. I opened the door carefully and saw a group of small young men in the hall surrounded by their large PA system. The evident leader calling the shots was wearing a cheesecloth shirt and a battered broad-brimmed straw hat. He was Steve Marriott and they were the Small Faces. To be honest, I’d never heard of them and I don’t think most of the world outside Manor Park had at that point. I watched discreetly for a few minutes but I’ve always found band rehearsals and recording a bit of a tedious procedure to sit through. Continual starts and stops going over the same piece endlessly. For some reason I really missed a trick here and neglected to do a sketch; the 1966 view of the pub exterior above is the best I can find.

Later on The Faces and The Who became huge global names. But until Paul Weller and the nostalgia of Britpop came along The Small Faces remained something of a Mod connoisseurs band. Steve (Stevie) Marriott ended up marrying a schoolfriend of mine and seemed to be enjoying a few years of domestic bliss before tragically dying in a fire at his cottage in North Essex. 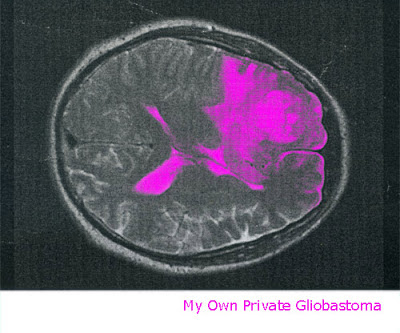 A few months ago it was discovered that a particularly aggressive cancer tumour was blowing up a bit of a storm in the right sided frontal lobe of my mind. (The ‘drawing department’ according to some neurological theories (how ironic)). I’ve now had some big surgery to scoop most of it out and intensive radiotherapy to blast the residue (“some little tentacles reaching into the corpus callosum ... important to get them because that’s what makes you who you are as a person...” said one specialist). Not sure if it’s worked yet, but we’ll see.... I’m currently laying low full of unpleasant steroids and waiting to see what I’ll turn into... (When I lay in the machine being bombarded with radioactive beams all I could think about was applying to join the Fantastic Four). Thanks to all my family and friends for their staunch and unlimited support in recent months. The main effect so far seems to be a seeming limitless fatigue and an inability to spend more than thirty minutes a day on a computer (or with a sketchbook) but I hope to be back maintaining everything as usual on a regular and normal basis again v. soon. Love to one and all. X. 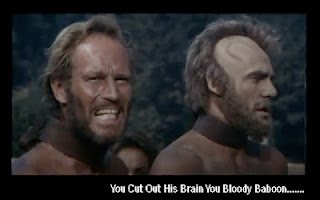 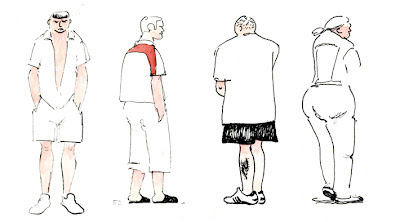 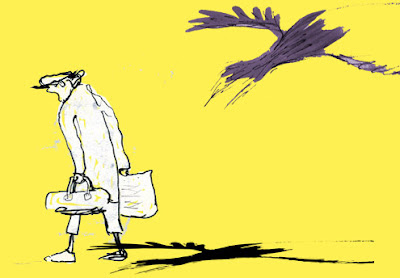 Due to a little recent ill health, orders for prints, artwork, t-shirts etc and responses to e-mails are all running a tad late. But everything is being processed and service will return to normal as soon as possible. Some new designs too are on the way. Thanks for everyone's patience.... 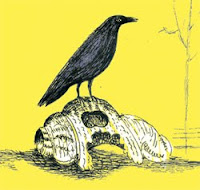 View my complete profile
Everything here is copyright me unless otherwise stated. Please don't lift images from here without asking, otherwise I will be very cross...