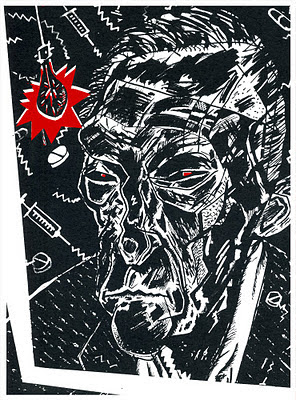 Bill Burroughs was an early literary hero of mine, mainly because he was so far out there. I read - or struggled through - The Naked Lunch just for respite from the Eng Lit A Level novels I was studying at school. I really had never read anything quite like it. A comic strip adaptation of the Mugwump sequence I attempted was soon discarded: I realised it would just be impossible.

I worked behind the bar in my parents' pub at the weekend for a bit of pocket money. A regular customer was Robert, a small middle-aged man of Indian origin who spent lengthy periods of the year abroad doing some unspecified job for Texas Instruments. With his hare-lip and mildly scarred face Robert had the slightly sinister air of a Peter Lorre-ish outsider figure, but he was well travelled and had a good knowledge of literature. If he’d been in the Middle East, as he often was, by the time he got back to the UK he had worked up quite a thirst and we always held a case of Jack Daniels bourbon just for him. On quiet Saturday lunchtimes after he’d knocked back a few he would tell me stories of his travels and one of these was of the time he lived in the same hotel in Paris as the writer William Burroughs. In suburban Essex I had scarcely met anyone who’d even heard of Burroughs at this point. “A strange man” Robert said, “I would look into his room occasionally and he’d just be sitting there staring out of the window....” 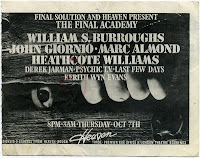 I never met Burroughs but I did see him read at an event in London once. And I made many drawings inspired by his writings. I haven't read him for a long time but I’ve been thinking about him again recently because one of his themes was the paranoia that begins to seep when big business and the machinery of state become too closely entwined. 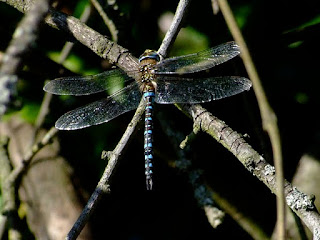 I was observing this gorgeous dragonfly in my garden yesterday when I was startled by a loud thrashing engine noise above my head. I swung my lens upwards and framed this Apache Gunship circling and hovering around my patch. From one bug to another. I assume they’re practicing for some deployment in Afghanistan or somewhere. This is not so unusual. The Colchester Airborne Garrison is not that far away to the south and there are still USAF bases up in Lakenheath and Mildenhall. As a small boy I found soldiers thrilling. Watching the changing of the Horseguards at Whitehall, I felt proud and reassured to think that they were there to protect us. But now ...? I know they’re there to protect something, but I’m pretty certain it’s not my interests they care about.... 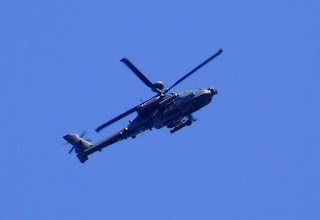 This morning an unsolicited email from Amazon headed ‘Tilt’, informing me of some discounted Scott Walker albums. Firstly, I’ve never ever purchased an album from Amazon and secondly, how the hell do they know I like Scott Walker? Maybe that's what that helicopter was finding out? The Soviet Bloc was notorious for keeping it’s citizens under constant surveillance lest they think an ideologically unsound thought. We appear to be adopting similar if more advanced techniques in order to monitor and encourage the public's spending habits. Is there a future just around the corner where we’ll be arrested and taken for questioning for simply not buying enough? “Tell me, Meester Johnson, vhen vas ze last time you were in Next? And vere are ze receipts? And ve can find no ZZTV records of you in Westfield at all!”